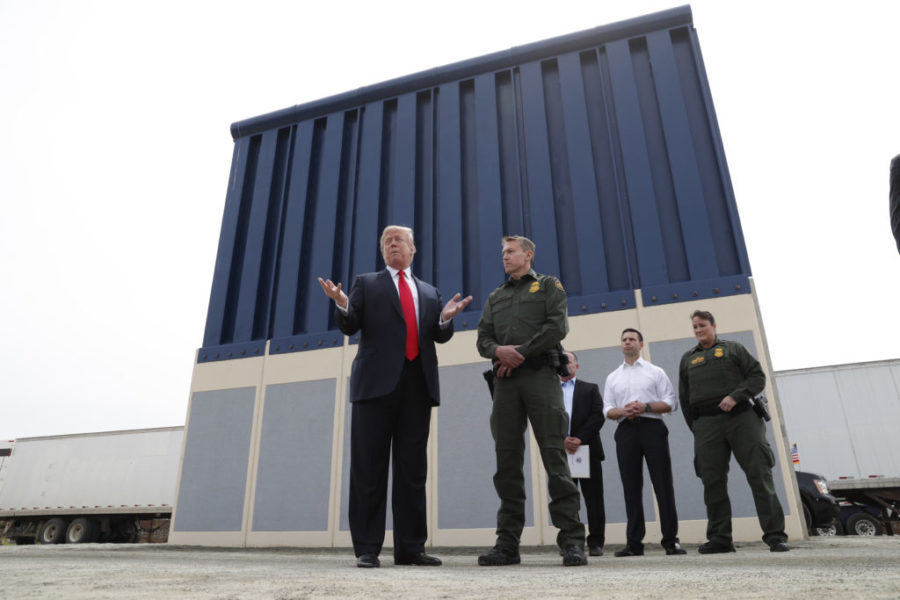 President Donald Trump’s administration is in a heated clash with Congress over spending, which has resulted in a government shutdown.

Having lasted 24 days at the time of this article, the shutdown is the longest in U.S. history, surpassing the shutdown in 1996 over medicare and public health during the Clinton administration. The shutdown rose out of Trump’s demands that Congress fund his plans for a wall on the U.S.-Mexico border to the tune of $5.7 billion.

As a result of the shutdown, over 800,000 federal workers have not been paid for three weeks.

At the center of the shutdown is Congress, with members still on the payroll, as they attempt to negotiate a deal with the President. However, the President will not budge in shifting his stance on his immigration policy.

Speaker of the House Nancy Pelosi (D-CA) is on the frontline of negotiating the end of what seems to be an endless shutdown. “Trump has chosen a wall over workers,” Pelosi said. “The President needs to end his senseless shutdown and reopen the government.”

Senator Kamala Harris (D-CA) claims the government shutdown will “not end with a border wall.” “For many federal workers, missing a paycheck is a big deal. There is rent to pay now, kids to feed now, and bills that are stacking up,” she tweeted. “It’s time for the President and McConnell to end this.”

Senate Majority Leader Mitch McConnell (R-KY) is also at the forefront of the shutdown, backing Trump in the struggle to fund the wall. Many have looked to McConnell’s past as a leader of his party to get the government out of a shutdown. (Five years ago, he referred to himself as “the guy who gets us out of shutdowns.”) Despite plans to negotiate a beneficial deal for the Republican Party, McConnell has failed to end the shutdown.

After three weeks of the shutdown, Trump repeatedly threatened to declare a national emergency in order to achieve his goal of funding for the wall. President Pro Tempore of the Senate Chuck Grassley (R-IA) strongly urged Trump not to declare it, calling it a “bad precedent.”

The shutdown has seemed endless to many; however, both parties are confident that they will reach an agreement that will be beneficial to their causes. Either side is waiting for the other to cave in to demands made at the negotiation table; but no end is in sight, with Democrats unlikely to cave to the White House’s demands.