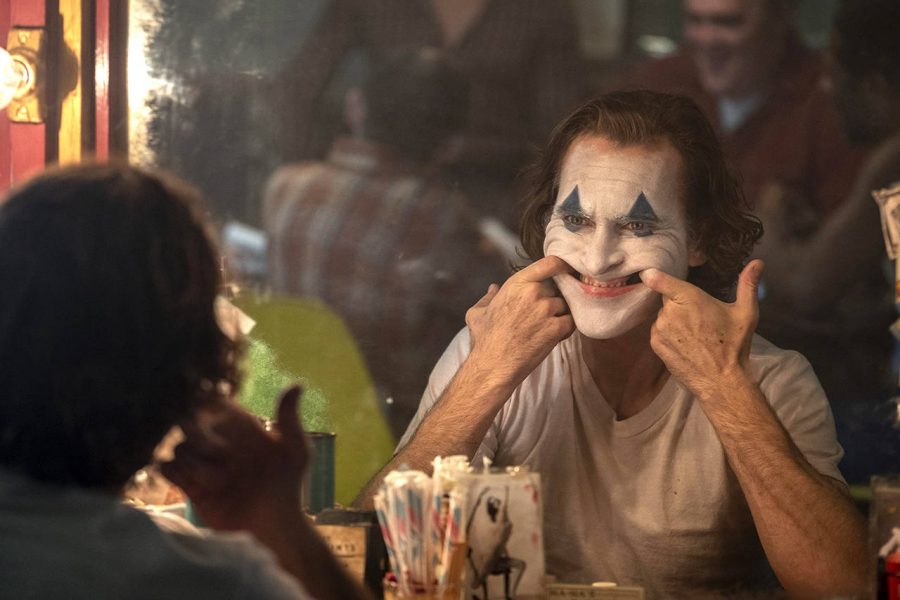 Arthur Fleck (Joaquim Phoenix) "puts on a happy face" in the movie "Joker."

“Joker,” directed by Todd Phillips and starring Joaquin Phoenix, has been one of the most anticipated movies of 2019. Before its release, the tragedy of Arthur Fleck had received many mixed reviews: some people said it’d be “great,” while others were just thinking, it would be “just another DC movie.” Having now seen it myself, I think that “Joker” is a masterpiece.

I have one major criticism: the beginning was too slow. Yes, I understand they had to build up the plot, but many things are shown that aren’t at all necessary. We get it: he was degraded by society, and, while that’s important, it’s not important enough to take up 90 minutes of the film’s running time.

Then we see Fleck dive off the deep end. He “snaps,” so to speak, about 3 times during the movie, and I couldn’t really tell when he completely lost his mind. Still, it’s cool to see the character’s progressive mental degradation over time.

At points in the film, I found myself sympathizing with Fleck, but, I mostly just can’t help but think “Wow, what a loser” – as one might expect from the origin story of a villain.

Joaquin Phoenix is brilliant as the Joker, and that fact alone makes this one worth the price of admission. Overall, I give “Joker” 4.5 out of 5 stars, and I strongly recommend that you go see it now.