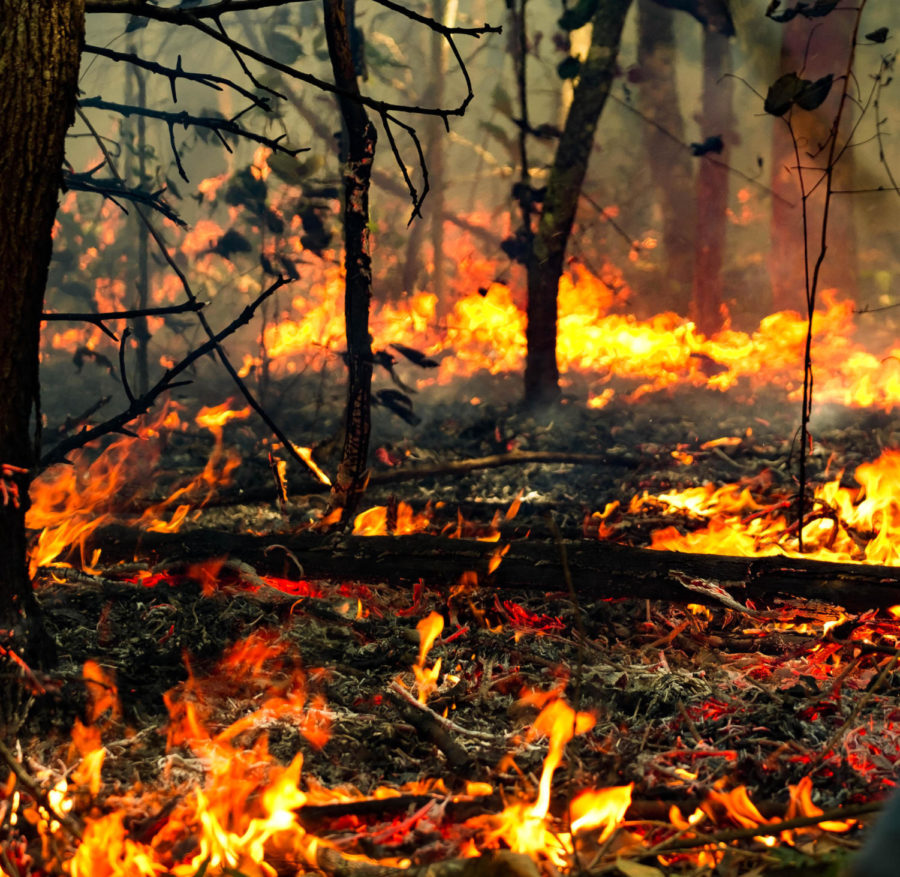 According to IPNE researcher Alberto Setzer, the dry season creates favorable conditions for fires to spread. Although this is true, the fires starting are due to humans either intentionally or accidentally. Some conservationists are blaming the president of Brazil claiming he has encouraged loggers and farmers to clear the land. After the president was scolded, he sent 43,000 troops to fight the large fires.

“I guess the worst part we may yet see, since this increase in fires will certainly have long-lasting atmospheric effects and the loss of vegetation will affect the global carbon budget,” geology and physics teacher Katrina Rabien said. “But farmers have been slashing and burning huge swaths of the rainforest to make room for meat crops for decades; maybe that’s the worst thing…we’ve hardly cared about it before, and we only care now because it’s being presented to us more heavily in the media.”

The forest is home to over 40,000 different plant species and 2.5 million insect species. According to Mazeika Sullivan, associate professor at Ohio State University’s School of Environment and Natural Resources, the fires are going to a massive toll on wildlife in a short term of time. The country has lost over 1,330 square miles of forest since January. It is not clear yet on what it is going to take to extinguish the fires.

Many indigenous people also call the rainforest their home.

“The first thing that should be done is to become educated about the people there and their needs,” human geography teacher Mrs. Hamby said. “It is great to offer help, but if you do not offer the help that is truly needed then the offer shallow. We might as well be saying ‘let me know if there is anything I can do’ knowing we don’t mean it.”

Because of the fires, residents in a nearby city, Sao Paulo has had one of the sharpest increases in mortality rate. Residents have said it still has been difficult to breathe. “The worst thing about the fires is the devastating effect it will have on the native population,” Hamby said. “The people will be left without homes, resources, and the land they are culturally and religiously connected to. The rainforest is as much a part of the indigenous population as the blood in their veins.”