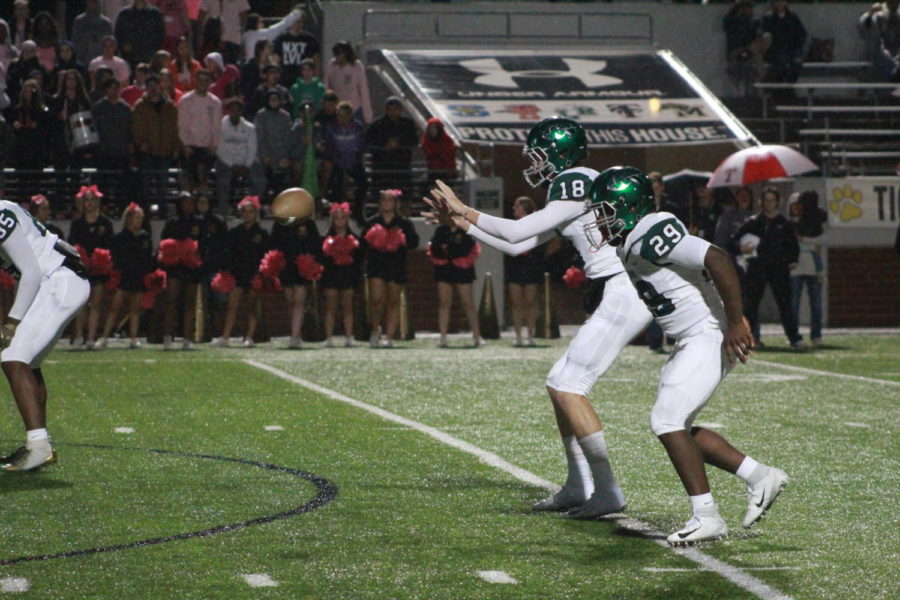 A party was being thrown in Vernon Newsom Stadium Friday night as the Mansfield Tigers trounced the Waxahachie Indians by a score of 55-7.

The Tigers would open the game with a 56-yard run by Josh Littleberry on the first play from scrimmage, and would make it 14-0 on the next possession thanks to a 52-yard score by Ricky Madison. Madison and Littleberry would combine for 310 rushing yards and four of Mansfield’s 8 touchdowns.

On the Indian side, Derrick Jackson led the ground game with 11 carries for 50 yards, while Keshawn Anderson caught only 1 pass for -1 yards in his return to game action. Junior Josh Sterns caught 7 passes for 73 yards to lead the Tribe’s receiving corps.

“I think we moved the ball well,” Anderson said. “We just couldn’t capitalize in the red zone, and some short plays didn’t go our way.”