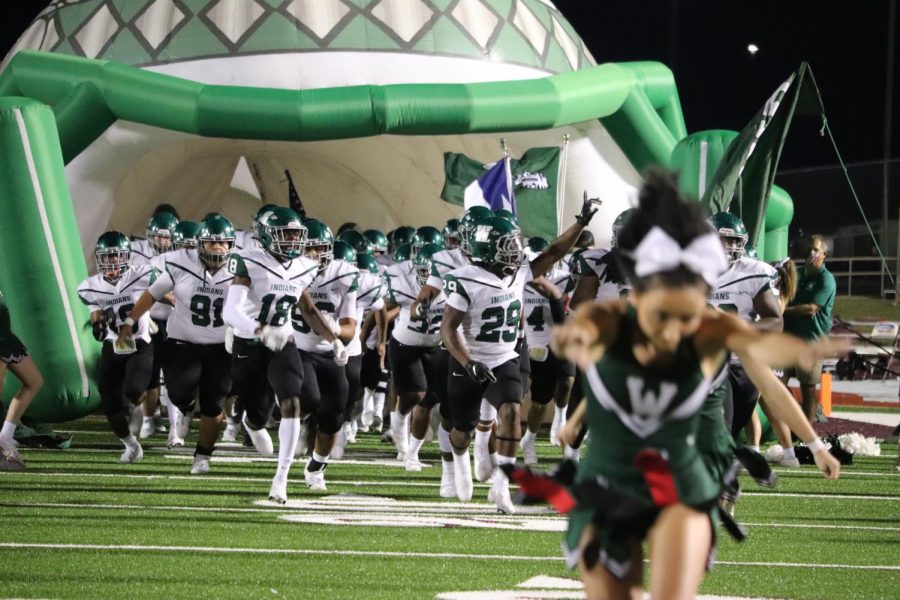 Heading into last week’s bye week, the Indians were at a 1-2 record. After winning the first game of the season against Copperas Cove, they lost a close one to Arlington Lamar. They were then shut out against rival Ennis. The Indians will have to regroup quickly because district play starts Oct. 23 against the Desoto Eagles, and District 11-6A is known for its toughness. With teams like Cedar Hill and Duncanville, the Indians have a lot of work to do if they want to be a competitive team this season.

One bright spot for this team has been the play of senior running back Shawn Cherry. Cherry, who has 448 rushing yards and 3 touchdowns, has been a spark of hope on an otherwise stagnant Indians offense. Cherry is leading the district in yards, yards per attempt, and yards per game. “I’m just trying to put my team in the best possible situation to win,” Cherry said.

The Indian’s defense, led by senior Preston Hodge, has looked like a solid unit this season. The Indian’s issue on defense is penetrating the line of scrimmage; however, the defense’s back-end has played well. Hodge has played brilliantly through the first 3 games of the season, “We’re going in with a chip on our shoulder, and we will give 100% on every play.” Other players who have performed well are senior safety Quincy Johnson, sophomore safety Corey King, and senior DB Xavien Thompson. “We want to play smart, clean football and force turnovers,” Johnson said about the defense going into district games.
They will have their hands full with a high powered Desoto offense led by senior QB Samari Collier and senior receivers Jerand Bradley and Jaedon Wilson.